What would you do to protect your family in a country plagued by war, poverty, labor camps and the very real possibility of execution? Would you escape?

That’s what Dr. Tori Thuy-Conrad’s parents did to flee post-war Vietnam, although it wasn’t as easy as hopping on a plane. In fact, the government declared leaving the country illegal.

“We were so poor, and living in that state of poverty was no way to live. We didn’t have much food. My parents’ jobs didn’t provide for a hopeful future for our family.”

The only way many Vietnamese people could escape communist oppression was by boat, a risky attempt some refugees did not survive. Those who were brave enough to flee, an estimated 1.5 million of them from 1975 to 1995, were known as “Boat People.”

In 1980, when Dr. Conrad was just six weeks old, she and her family boarded her father’s fishing boat, a vessel not designed for the open ocean, and were joined by seven other siblings and cousins.

“We spent over 38 days at sea without a definitive destination. We arrived at a refugee camp in Hong Kong, where we resided for months until we were brought to a brighter future by the sponsorship of a United States family.”

Dr. Conrad ended up in Denver, Colorado, a stark difference from the tropical climate of central Vietnam, and began to live an American life.

Dr. Conrad attended Coe College in Cedar Rapids, Iowa, where she earned a Bachelor of Arts degree in chemistry, but the atomic mass of atoms was not all she found. She also met her husband there, and a burning desire to help people.

“I’ve always known I wanted to be in the health care field, helping others heal through medicine, especially children.”

After graduation from Coe, she moved to Minneapolis to study dental hygiene at the University of Minnesota, but she wanted more, and continued her education to earn a Doctor of Dental Surgery degree.

Today, the 2019 Incisal Edge 40 Under 40 honoree owns and practices at Tweet Pediatric Dentistry in Chanhassen, Minnesota, and is a mom of three. She juggles the responsibilities of a full-time dentist and a mother, an act that has its challenges.

“I think the most challenging aspects of dentistry is not the dentistry, it’s running a business. I had to learn as I went along and made a lot of mistakes. My mentors have guided me along the way.”

Although it’s difficult to run a business, Dr. Conrad loves her patients. She believes she makes a difference in their lives, and they return the favor to her.

“I am so grateful I get to do this and make such a difference in these children’s lives. The high-fives and hugs that I’m left with when my little patients leave their appointments leave me beaming with happiness.”

When not in her operatory, Dr. Conrad is in the kitchen experimenting. She loves to cook for her family — and with them. Her favorite cuisine is Italian, without the pasta. She likes to stray from her cookbooks and allow her creativity to take over.

“I love using the fresh herbs and flavors, and pairing them with more proteins and vegetables in place of pasta. I try to create dishes without a recipe. I find it most rewarding when I have someone who eats my creation and provides raving remarks on a recipe that does not exist. It’s the best compliment.”

Dr. Conrad’s dreams never end. She wants to improve her culinary skills and one day compete on the Food Network show Chopped, a challenging competition where three chefs battle for supremacy. She also wishes to pilot a plane.

With many years of dentistry behind her, she has advice for those who dream to be who she is—a successful, practicing dentist.

“Utilize all resources and mentors out there. There are so many people willing to lend advice, reach out often and be willing to extend the same as you gain experience and knowledge. I give many thanks to my mentors for helping me reach my dreams, but also to alleviate and get me through the challenges I face.”

If anyone doubts their dreams, they need to speak with Dr. Conrad, whose tenacity and motivation is the stuff of inspiration. 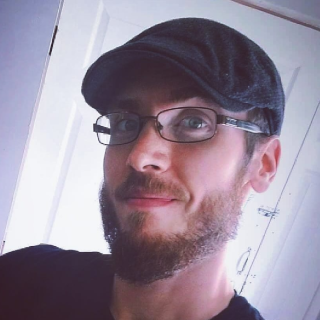 Striving for vs. attaining perfection. Where do you fit in?

3 Steps to Increase Your Production—Now!