The giving season is every season at Benco Dental. This month, it includes a Christmas in July food drive at the company’s home office in Pennsylvania. Each department competed to see who could raise the most money and donate the most food.

Truckloads of donations in the IT department

The IT department was determined to donate as much food as they possibly could for the food drive.

To accomplish this goal, some associates brought in trailers full of non-perishables to contribute.

By Friday, July 19, the IT department had collected a whopping 1,452 pounds of canned goods and other non-perishables.

“Wow… the most impressive thing about the win is that we won for the right reasons. The IT Team really got behind giving back to the community and making a difference – mission accomplished! Thank you to everyone in the IT team who passionately participated!”

What’s better than a sweet treat after lunch?

Associates in the Marketing and Supply Chain department decided to take a sweeter route to help raise their donations.

The team decided to host a bake sale in Kitty’s Kitchen, the company cafeteria where all of the CenterPoint East associates eat lunch during work days.

The Marketing and Supply Chain team members contributed baked goods for the sale, and their hard work resulted in an additional $365 in donations.

Operations department takes action to ‘ketchup’ in the rankings

Lisa Fuller, Director of the Contact Center, was determined to help the Operations department a higher ranking than in previous years.

That would explain why Lisa and two of her peers, John Muscovitch, National Facilities Manager, and Tony Smigelski, Director of Inventory Control and Returns, dressed as the summer picnic favorites of ketchup, mustard and a hot dog to solicit donations around the building.

The effort put forth by the three Operations associates proved to be effective, considering they earned $187 on their walks around the building.

They traveled around the second floor and down to the first floor of the building to see if their costumes would persuade employees in other departments (aka their fundraising rivals) to donate.

Apart from their costumed collection to help out good causes, the Operations and Finance team divisions also hosted a “pie-the-manager” or “pie-the-supervisor” competition, where associates could contribute funds via individual jars that featured their managers’ and supervisors’ names.

How did the competition ‘wrap’ up?

The food drive competition drew to its end Wednesday, July 24, and the results have finally been announced.

The IT department led the company in first place, managing to collect a total of 4,571.20 lbs. of food and monetary donations. This beats their last year’s total of 3,603.75 lbs.

Overall, the entire building raised a grand total of 11,868.87 lbs. in both food and monetary donations. This beats last year’s total by 77 lbs.

Who’s getting a pie in the face?

As the food drive came to an end, so did the intense sub-competition within the Operations and Finance Departments.

All Operations Managers and Supervisors were at risk of getting a face full of pie, but only two will actually have to face the desserts head on.

Darren Savage, Returns and Vendor Credits Supervisor, had a total of $422.95 donated to the Pie-the-Manager competition. Mike Zwierko, Manager of the Distribution Center, earned second place with donations placed in his jar. These two Benco Associates were able to collect the most money and food within the Operations Department and each will receive a face full of pie next week.

Pie, hot dogs, baked goods … it all led to more support for those in need in one Pennsylvania community

No matter who ends up getting pied, all that matters is that the Benco community was able to come together to make a difference for those in need. 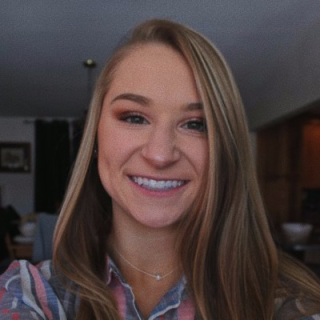 Rebeca Chieffallo is a Contributing Writer for TheDailyFloss.com. She joined the team as a Branding and Communications Intern for Benco Dental.

Who is one of America’s leading experts in dentistry and architecture?