TO BE HONEST, it started as a hobby. Dr. [Ronald] Weissman and
I were in our own practices [in Boston]. We did some cooperative
advertising and got friendly, and he said, “Where do you invest your
money?” Dentists were buying into restaurant chains and cattle
futures. We said, “You know, we should do what we do best.”
We’d set up a practice, advertise like crazy and hire dentists to
work there. It went pretty slowly at first; we did one every two years.
Then it began to accelerate. In 1996, we consolidated the practices
into one company — they had all been individual partnerships before
that. That’s when we decided: This is the way of the future, and we
should really grow this.
To select new practice locations, we use a combination of factors.
We’re going for the middle of the socioeconomic demographic —
the belly of the bell curve. We want to provide access to care to the
greatest number of people, so we’re looking for population density.
The most important thing in our partnership model is that when we
get a good associate whom we want to make a partner, we ask them
where they want to practice. That has worked for us in the past.

Before, margins were such that a dentist could make every
mistake in the book and still be profitable. Now, overhead
and school debt have risen so much, government and regulatory
requirements have gone up so much, that it’s putting a lot of pressure
on the traditional solo practitioner. It’s not the autonomy that scares
them; it’s the responsibility. Many doctors have sold their practices
and come to work for us because they want to provide dentistry —
they don’t want to be an HR expert and study labor law.

We were one of the first multi-specialty groups. It’s a win-win
for the patient, too. When patients get bounced around to different
offices and specialists, a lot gets lost. Patients really appreciate
having two or three doctors talking to one another in front of them,
looking at the same X-rays and charts. Every [Gentle Dental] office
has an orthodontist, a periodontist and an oral surgeon. Most have
an endodontist, and we’re trying to figure out if pediatric dentistry
fits into the mix.

We’re not the only ones doing this. There are larger groups growing
like crazy that make us look small. There are groups of 300 offices.

In a way, we caught the wave. Dentists are understanding that
working in groups has great advantages. My first 15 years, I’d say
just the opposite. I was working 80 hours a week and didn’t see
my family, which was one reason I hung up the handpiece: to give
myself more time with the kids.

We have no pressure to grow. If we find a good dentist, we build a
practice; if we don’t, we don’t. So we don’t have that force to grow.
I will tell you that the public likes our model; Americans like to have
everything under one roof. That’s what we’re doing with dentistry.

Dr. Samuel Shames is a founding and managing member of Gentle
Communications, which manages 27 Gentle Dental of New England
practices. In 2012, the group generated $60 million in revenue. 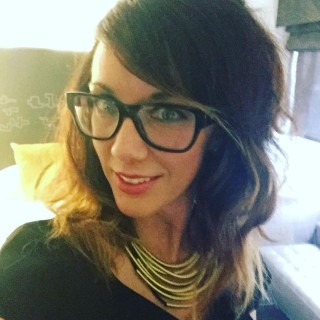 Rachel A. Pugh has been at the root of TheDailyFloss.com since its launch in 2013. She is Manager of Digital Marketing and Loyalty Products for Benco Dental.